A Springfield-based cannabis company is acquiring a massive growing and manufacturing facility in Kansas City, positioning Show-Me Organics as a vertical player in the budding Missouri marijuana market.

The deal to purchase the local 80,000-square-foot cannabis operation from Holistic Industries — one of the nation’s largest, private multi-state operators in the cannabis industry — is expected close upon approval by the Missouri Department of Health and Senior Services. Financial details of the transaction were disclosed. 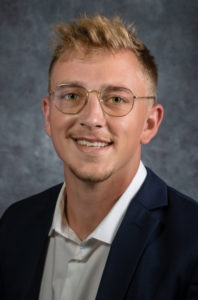 “We believe we are acquiring the best-designed grow facility in the state, and we tip our caps to Holistic Industries for perfecting the design and process through build outs in nine other states,” said Boston Dickerson, the Kansas City-based co-founder and CEO of Show-Me Organics. “This is a one of a kind opportunity, from the staff, to the facility, to the genetics.”

The facility is already operational and produces more than 1,000 pounds of high-quality flower per month for dispensaries throughout Missouri, according to the company. Washington, D.C.-based Holistic Industries recently entered the Missouri market under the Strane brand, and sells in about 30 dispensaries statewide.

RELATED: Not all shops will be riding high if Missouri legalizes recreational cannabis, but even imperfect expansion ‘far worth the effort,’ advocates say

Show-Me Organics will acquire the genetics and flower currently being produced, along with rigorous standard-operating procedures that consistently produces cannabis at THC levels between 25 percent to 33 percent, the company said. Included in the genetics are highly sought-after strains like Florida Kush, which will now be sold by Vivid — one of four cannabis brands operated by Show-Me Organics.

The company also includes Missouri’s Own, Buoyant Bob, and Blue Sage, which with Vivid are collectively sold in 95 percent of Missouri dispensaries, according to Show-Me Organics.

Its just-announced acquisition adds significantly to Show-Me Organics’ portfolio of two dispensaries, manufacturing, and transportation services. The company plans to take on about 60 employees at its newly acquired manufacturing plant, while continuing to operate its lab in Springfield.

Founded in 2019, Show-Me Organics is Missouri owned and built on a history of serving Missouri patients through family owned pharmacies for more than 30 years, the company said.