Home Government Not all shops will be riding high if Missouri legalizes recreational cannabis, but even imperfect expansion ‘far worth the effort,’ advocates say

Not all shops will be riding high if Missouri legalizes recreational cannabis, but even imperfect expansion ‘far worth the effort,’ advocates say 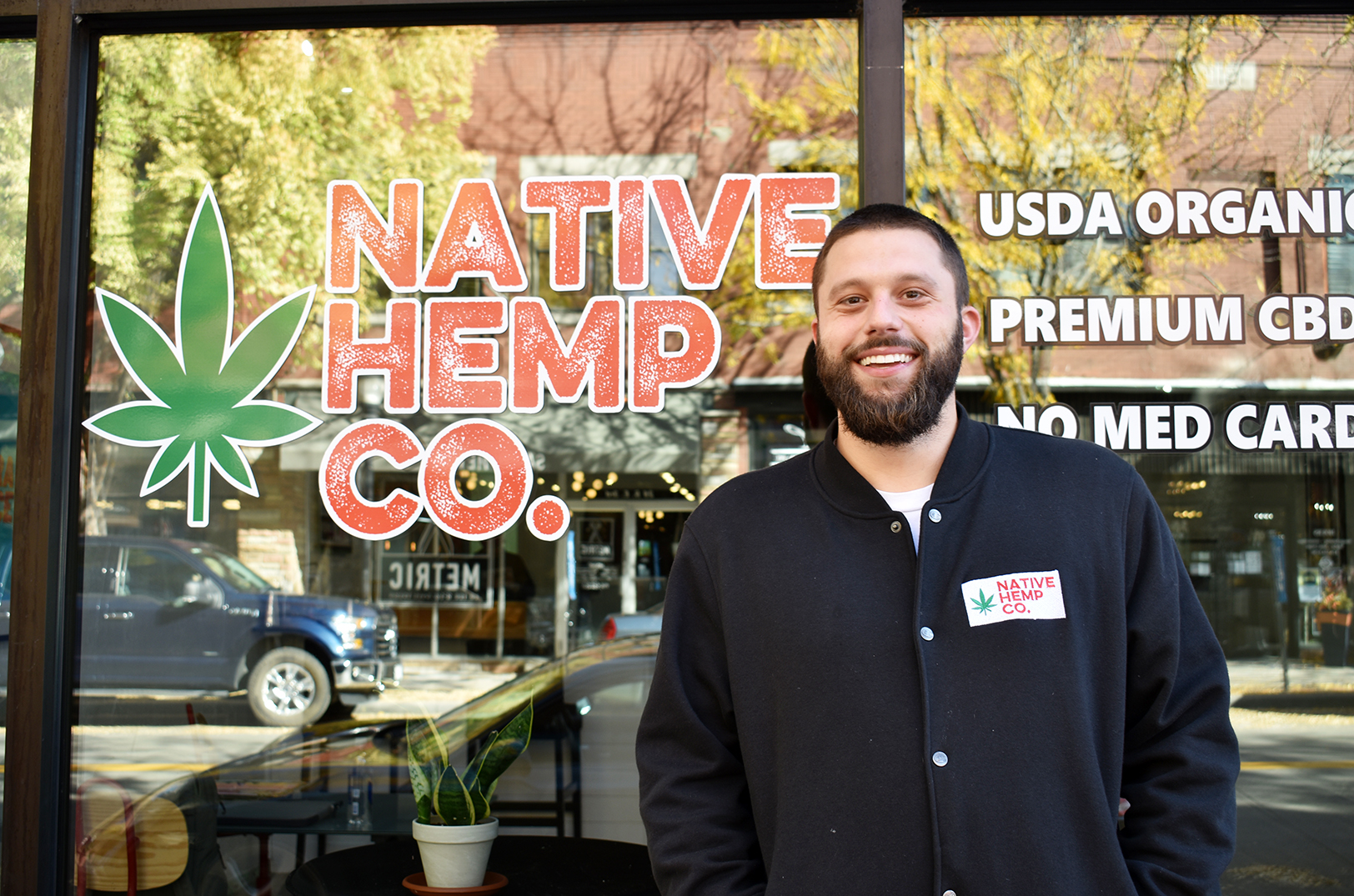 Legalizing recreational marijuana would have potent outcomes across the state if Missouri voters approve a constitutional amendment Nov. 8, but some cannabis advocates and small business owners say not all strains of success will be equal.

On one hand, Missouri’s Amendment 3 would expunge the criminal records of people with past non-violent marijuana charges and potentially destigmatize the industry; and on the other hand, the amendment caps the number of licenses to grow and sell cannabis. The latter makes it difficult for many small business owners to secure a pathway to legal marijuana operations, said Rich Dunfield, the founder and owner of Native Hemp Co. — a CBD boutique located in Lee’s Summit, Missouri.

RELATED: Voters in some of the most conservative states to weigh in on recreational pot “I understand that to the average Missouri resident, this Amendment 3 probably really works, and that’s awesome,” Dunfield noted. “But then there’s another side to it where I would have preferred to have an opportunity for more licenses to be made available. I have been working in cannabis every day for the past five years and would be considered a successful small cannabis business. I have no chance of buying a license.”

Since Missouri legalized medical marijuana in 2018, the state has issued about 200 dispensary licenses and 65 cultivation licenses. Under Amendment 3, a minimum of 144 new licenses will be awarded; it prioritizes those who already have medical licenses and who have the highest amount of capital, Dunfield explained.

“I do understand why they have written the bill that way. This is one of the biggest investments the state will make, and they want to minimize risk by working with people with a lot of money,” Dunfield said. “However, they also minimize innovation and equity with that mindset.

“… A lot of people partner up — so if there’s one person with the money and then a big thinker and a good operator, that’s often how corporations come together,” he continued. “I would like to see some room for smaller boutiques that do everything on their own because, again, that’s how innovation comes about.” Teaming up is exactly how Michael Wilson and Ronald Rice co-founded Franklin’s Stash House, a maker of cannabis products that supplies to dispensaries throughout Missouri. The entrepreneurial duo secured one of the last medical marijuana licenses in Missouri after getting connected to a business broker and raising much-needed capital in less than three months, Wilson recalled. “It is pretty much unheard of to go raise $2 million in capital in under 90 days and then to apply that to build out an entire manufacturing facility in less than four months,” Wilson said, noting that most businesses need to spend between $10 million to $30 million to enter the market. “Everybody who is involved with us is very pro-entrepreneur and is really rooting for us.”

The Franklin’s Stash House team is based in Kansas City, Missouri. It is composed of 12 individuals, which is the smallest team Wilson would recommend for those with a manufacturing infused products license.

“The average team is between 20 and 25, and then large cultivation requires, on average, 25 to 50 people,” Wilson said. “We definitely want to see more people with licenses, but I would ask that people understand that this regulatory environment looks similar to a pharmaceutical facility and a high-grade food plant — and that comes with cost. You have to raise money for lawyers, accountants and regulatory experts, so it’s not possible to do a one-man or one-woman show in Missouri.”

“We don’t know enough about [the microbusiness licensing program] to know if it will help our business in any way, but I definitely hope it helps get other people into this game,” Dunfield shared.

Wilson’s co-founder, Rice, is eager to connect with those who are awarded microbusiness licenses and provide them with the education and resources his team needed to succeed, he shared.

Missouri’s projected 6 percent tax on recreational marijuana is anticipated to bring millions of dollars of revenue for the state. The cannabis industry comes with a brand new look at economics, Wilson said.

“We have to consider that this is a new industry that was invested and the [Missouri Department of Health and Senior Services] has to manage it,” Wilson said. “It is not going to be perfect because you’re talking about a giant bureaucracy managing something that’s a new industry.

“At the end of the day, you can’t issue more licenses right now because there’s not enough demand until marijuana turns recreational,” he continued. “When demand outstrips supply, the DHSS can take a look and see if there’s anyone from micro-licensing they want to bring over or if they want to issue more licenses. When we see mismanagement, we see a total collapse of industry that then needs to be completely revamped.”

Oklahoma, one of Missouri’s neighboring states, legalized medical marijuana in 2018. Oklahoma’s low-barrier of entry — about $2,500 for obtaining a licensing — caused an unprecedented amount of dispensaries to open up across the state. It led to businesses selling outside of the state, which is in violation of state and federal laws and considered black market marijuana. State officials requested $4 million to combat the illegal farms and businesses. If Amendment 3 passes, Dunfield acknowledged smaller boutiques like his will likely face intense competition with dispensaries that sell recreational marijuana.

“We will always do what we do — which is make every high quality cannabinoid that we’re allowed to make from the hemp plant,” Dunfield said. “For every other store opened, I believe there will be that many more people interested in cannabis. And the competition may challenge us to be more innovative, but that’s not something that I’m afraid of.

“We have the ability to sell more than marijuana and cannabis and hemp,” he continued. “We can have lineups like cacao beverages, mushrooms, certain vitamins and mineral ratios into fresh beverages and baked goods. Customers will probably see us transform more and more into a cafe and bar that focuses on these active ingredients with very personable customer service.”

More cannabis consumers in (and out) of Missouri For Steve Gardner, the co-founder of House of Kush, Amendment 3 is a way for him to expand his business into Missouri. Although House of Kush is based in Kansas City, Missouri, the business focuses on licensing deals, marketing and branding across the country and beyond.

“We do business in eight other states and three foreign countries — Israel, Austria and Germany — but we’ve started to take a look at the Missouri market and identify who we’d like to work with,” Gardner said. “I’m born and raised in Kansas City, so I love this town and it’ll be even better when [marijuana] goes recreational.”

As a long-time advocate for cannabis use, Gardner hopes that the potential legalization of recreational marijuana will change the narrative around the cannabis industry, he shared.

“Having worked with a lot of pro athletes, I’ve watched many of them use it after their playing careers were over for joint pain and head trauma and sleep issues and all the other challenges they had,” Gardner said. “I hope this helps people understand the very real medical benefits this plant provides for people.” On the Kansas side, Gary Upah, founder of Soggy Bottom Hemp, believes that Missouri’s election can push legalization across state borders.

“There is talk now that if Missouri goes recreational, with the state line dividing Kansas City right down the middle, there’s absolutely no way that we’re going to be able to keep marijuana out of Kansas,” Upah said. “I think this is going to force Kansas’ hand to at least get serious about the discussion.”

Ultimately if Missouri voters decide to pass Amendment 3, it will give more individuals access to marijuana, Wilson said.

“Whether the amendment is perfect or not perfect today, that’s going to take time to change,” Wilson said. “To push back legalization, to me, is pushing back the opportunity for a patient to get a more affordable product more accessibly. The amount of people who can be healed and have their peace of mind through cannabis is far worth the effort.”