Tea-Biotics Kombucha’s elevator pitch: Tea-Biotics Kombucha is a live, probiotic, organic beverage that is handcrafted locally in Kansas City using the finest organic ingredients. The product is for people who are striving to live a healthier life.

Like the scoby organism that forms its base, Tea-Biotics Kombucha is spreading across Kansas City in hopes of ultimately quenching a regional and national thirst for more healthy beverages, said Lisa Bledsoe.

“This past year has flown by. We just can’t make enough, which has been the problem I’ve had all along,” said Bledsoe, who founded the company in 2015 after home operations forced her to expand the one-time hobby into what is now a thriving wholesale and retail business. “It’s just progressively getting us to the maximum capacity of wherever we’re trying to make our kombucha.”

Click here to read more about the origins of Tea-Biotics.

Though bottling operations only began in earnest in early 2018, the company has grown from 30 to more than 200 corporate customers, with annual sales jumping from $300,000 to “north of a million,” said Rich Downs, an investor-turned partner in Tea-Biotics. It’s available in more than 200 locations across Kansas City, including at a taproom in Lenexa.

The product has an almost hypnotic appeal, he said. After building and selling two businesses, Downs planned to invest in several small businesses. When he met Bledsoe and her customers, however, he fully committed himself to just one.

“The continued momentum of healthier options coming into the marketplace today was a big draw,” Downs said. “Soda is a $200 billion industry that’s getting crushed. You’re starting to see healthier restaurants, grocery stores, food and beverages. The space in general really caught my attention.” 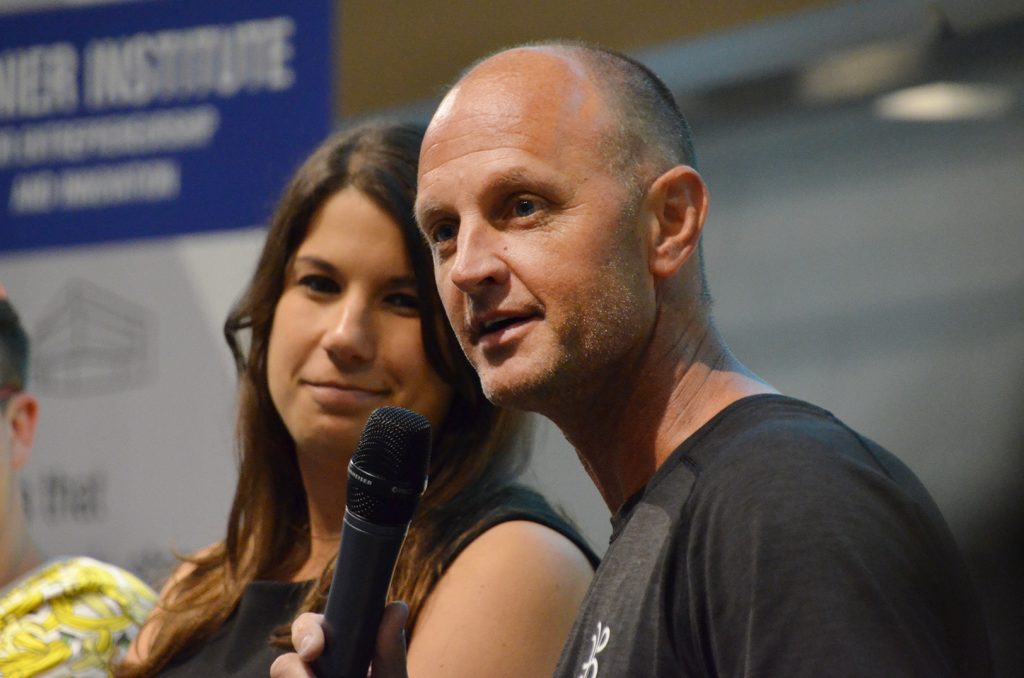 Downs has been struck by the stories and behavior of some of Tea-Biotics’ biggest fans, he said. The business’ No. 1 retail unit in Kansas City is at St. Luke’s Hospital on the Country Club Plaza, Downs said.

“Information about kombucha’s benefits is trickling down from trainers, dietitians, doctors, nurses and others in the health and wellness space — especially now that we’re making it readily available for consumers,” he said. “It’s just growing like wildfire.”

“They all contacted us so the players would have access to our kombucha,” Downs said. “That’s pretty profound. For each one of those professional sports teams, we have a kegerator that has four taps with kombucha on it.”

The taproom in Lenexa offers customers from the public to access 24 flavors of Kombucha, six days a week, Bledsoe said.

“It’s a very unique experience for the consumer,” she said. “Customers always really enjoy the hands-on approach of coming in to fill up their bottles, get a sample, meet whoever is making the kombucha.”

A new 12,600-square-foot facility is now under way, on the border of Lenexa and Olathe, and is expected to feature a second, oversized taproom, production tours and other interactive elements, Downs said.

“It’s essentially like building a brewery,” he said, calling mother-of-two Bledsoe the business’s masterbrewer and mastermind.

Having expanded to Columbia/Jefferson City and Springfield in 2018, Tea-Biotics now plans to open five new markets in 2019 and projects to double sales every year over the next five years, Downs said.

“We’re slowly taking over new territories as we can accommodate them,” Bledsoe added.