Effectively communicating the skills and experiences gained from military service can be a major challenge for veterans, said Zachary Oshinbanjo. Too often that disconnect contributes to unemployment or mental health struggles when a service member returns to civilian life.

“Many veterans may have gone straight from high school into the military and now are looking for a job,”  said Oshinbanjo, a U.S. Army veteran who served for nearly four years as an indirect infantryman and specialist before founding a startup in Kansas City. “They have to speak to that military experience.”

A 2022 report ranking the best and worst places for veterans to live put Kansas City at No. 57. The study accounts for such key factors as employment, livability, affordability and veteran-friendliness. Kansas City ranked 32nd out of 100 on the list when it came to employment specifically, according to WalletHub. 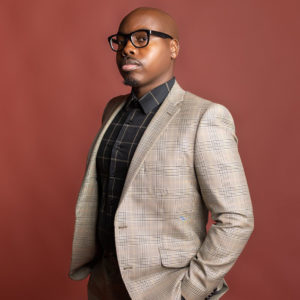 “Kansas City has a tremendous opportunity to become a place that not only welcomes veterans, but gives them a fighting chance and opportunity to thrive,” Oshinbanjo said, noting that there are several military bases a few hours from Kansas City. “I’d love to hear more conversations about how to make Kansas City an area where they want to be after service.”

Oshinbanjo’s tech platform — Vetelligence — was founded in July 2021 to help create a more diverse hiring environment for employers using data and artificial intelligence to build relationships with the military community. It followed his own experience applying for more than 350 jobs and facing the same ineffective process time after time, he recalled.

“Beyond ceremonial occasions like Veterans Day, there’s not really an insight into what somebody in the military actually goes through and is capable of,” said Oshinbanjo. “So seeing that there is that problem in reintegrating into the civilian workforce, I thought that there could be a systemized way to help soldiers communicate their skills as an asset to potential future employers.”

Knowing the challenge personally, Oshinbanjo knew it might be easier and faster for someone within the veteran community to address the issue, he said.

“I think it’s important to create solutions from one’s own view, rather than a bird’s eye view,” Oshinbanjo added. Jannae Gammage attributes her success as an entrepreneur to the particular skill set gained from serving in the U.S. Army as a staff sergeant specializing in military intelligence. “I am a military brat who also served,” said Gammage, the CEO of Foresight who spent nearly a decade in the military. “I was Texas-born but nationally raised, which gave me this unique ability to see the world and its problems. … I can take a step back and question, ‘Is this actually a problem or is it a problem for people in Kansas City, Missouri?’ I can approach problems with a more global perspective and take into account lessons from being stationed at war and around the world.”

Entering basic training at 20, Gammage learned commitment and discipline from the Army at a young age, she added.

“If you want to be an entrepreneur, you have to be disciplined because you’re your own boss,” Gammage said. “There’s not one to tell you to get up and get on that call or work for hours straight to get your work done. The Army helped me understand what’s important in life in order to be successful.” “I started building a business plan to open our first brick and mortar while I was in Afghanistan in 2014,” said Potter, the founder of RoKC and TileFive who served as an infantry officer and Army captain for six years.

In order to open the first RoKC climbing gym in 2016, Potter leaned into the resilient mindset he developed while in the Army, he said.

“Training, going to war, working hard hours and doing physically demanding and painful things for years on end makes you a resilient human,” Potter shared. “Transition into entrepreneurship, I got turned down by the first 10 banks and 30 investors that I pitched to. If you don’t have the intestinal fortitude to keep going when everyone’s telling you that your idea is never going to work, you won’t make it as an entrepreneur.”

When the COVID-19 pandemic shut down Potter’s business in 2020, he needed to tap back into that resilience to build the business back up, he recalled. His time in the Army has influenced the way he chooses to run his company, he added.

“It’s our goal to serve people equally,” Potter said. “We leverage what we can do as a company to give back to the community and to different organizations.”

With about 19 million U.S. veterans reported in 2021, fewer than 10 percent of U.S. adults have served in the military, according to Pew Research Center. Veterans offer a special set of skills and characteristics that employers cannot find in other applicants, Potter said. “Veterans inherently want to continue to serve something bigger than themselves; it’s fulfilling,” Potter said. “So when they find an organization or a company that they can really serve and love, it doesn’t matter if there’s a skills gap. They’re going to have what 99 percent of other applicants won’t have — the ability to give you everything and be your hardest workers, especially when it gets tough. From a long-term standpoint, veterans have a dedication for what they do.”

With the United States currently going through a labor shortage, Oshinbanjo encouraged employers to give veterans an opportunity by scheduling an interview.

“Actually go through the process and you might find out that this person is the best fit for your team,” Oshinbanjo said. “Maybe, for whatever reason, they just weren’t able to spruce up their resume enough to grab that initial attention.”

Whether it is a large corporation or a tech startup, teams that do not include veterans have a missing piece, Gammage said.

“When you have a veteran on your team, you’re working with someone who is wired to put the mission before themselves, who is wired to support everyone about them,” Gammage said. “They are wired to problem solve. … I definitely encourage founders to look for veterans to work with, especially in early stages of the company.”