These brothers brought artisan Mexican designs to the streets of KC; now Pancho’s Blanket is opening a Crossroads shop 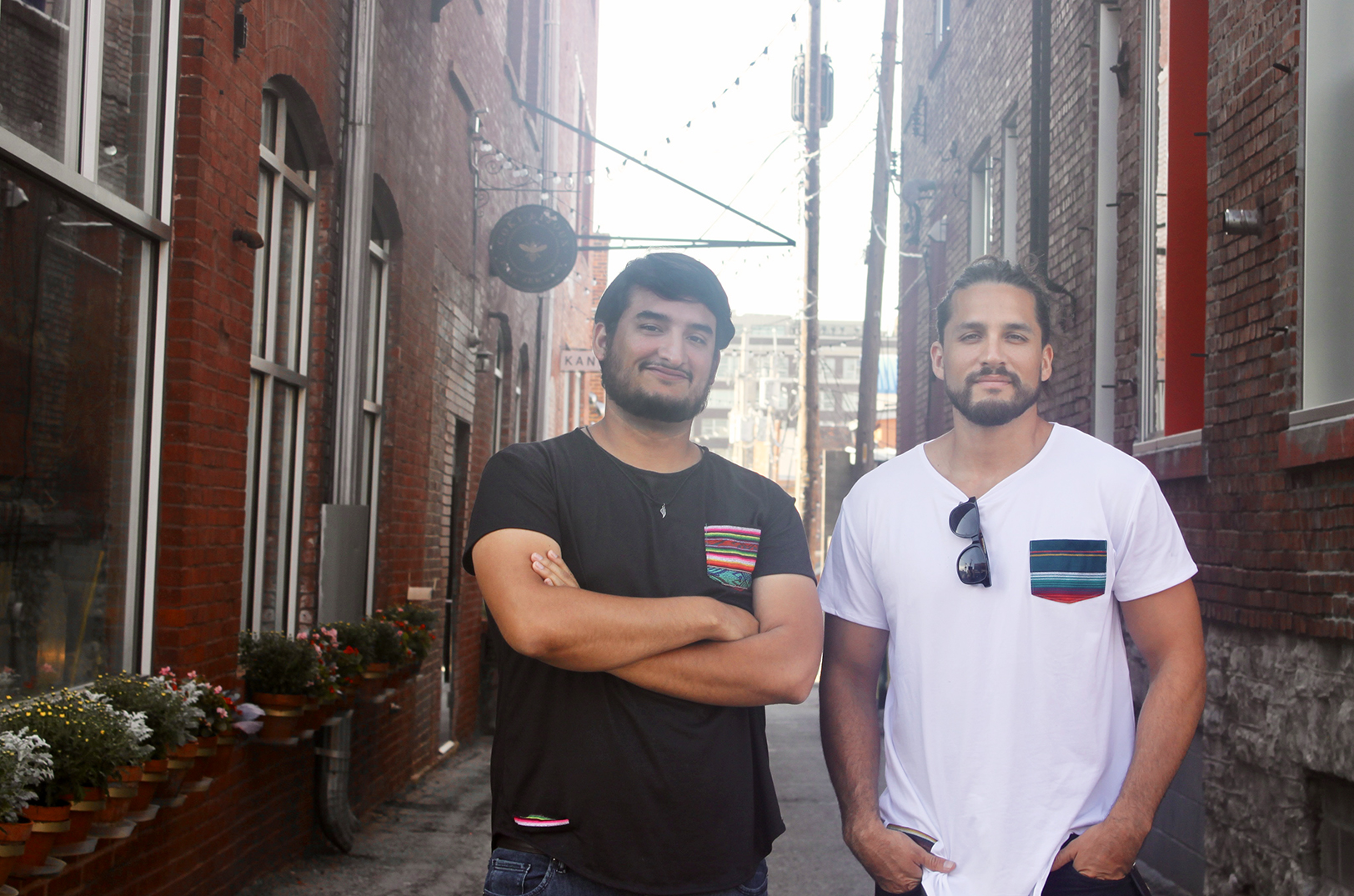 A handmade Mexican garment company led by brothers Jonathan and Joseph Garvey is quickly making the leap from First Friday pop up to Crossroads storefront — announcing the debut of a permanent home for the shop next week.

Pancho’s Blanket — which partners with artisans in Tlaxcala, Mexico, to design and make wool jackets, blankets, and sweaters — is planning a grand opening 4 p.m. Thursday, Oct. 6 in their new space at The Bauer, 115 West 18th St. The event is expected to include a ribbon cutting ceremony with the Hispanic Chamber of Commerce. Having focused previously on gatherings like the monthly First Fridays event which sees vendors spread amid streets and alleyways throughout the Crossroads Arts District, the brothers weren’t yet in the market for a storefront — until approached by Jeff Owens, managing partner for The Bauer, during September’s First Friday.

“He was like, ‘Hey, I have a space opening up if you want to go see it,” Jonathan Garvey recalled. “In my head, I’m like, ‘There’s no way. That’s prime real estate. I barely wanted to even open up a pop up right here in the alleyway.’ But because I like Jeff, I was like, ‘Yeah, sure. Let’s go see it. Just maybe one day in three years. We’ll think about it.’ …  And he shows us the space and I’m just thinking, ‘There’s no way we’re gonna be able to do this.’ He gives me the price and it was like a gift from God.”

After expressing interest in the space, Jonathan Garvey said, the brothers unexpectedly received news from Owens that The Bauer team had voted them in.

“He’s like, ‘Hey, everybody loves your stuff,” he continued. “They’re doing us such a huge favor and blessing us by their terms.” Jonathan and Joseph Garvey, Pancho’s Blanket, at The Bauer

Supporting Mexican artisans and stimulating the local economy is only part of the goal for the Pancho’s Blanket, which was launched mid-pandemic. A portion of the proceeds from the venture go to Feed a Family — a nonprofit the Garvey family recently started — which provides food and clothing to families in the Tlaxcala community.

The Garvey brothers have a special connection to Tlaxcala, Mexico; they grew up there as missionary kids, and Joseph and their parents still live in the Mexican state. Jonathan — a University of Missouri Kansas City grad — splits his time between Kansas City and Mexico.

Joseph Garvey just happened to be in town for the fortuitous First Friday in September and is remaining in Kansas City for the grand opening.

“I was worried about him having anything to do because we were just up in the air,” Jonathan Garvey said.

The duo even considered not selling their artisan goods at September’s First Friday, he said, but he wanted his brother to experience it.

“(Joseph) needs to see what it’s like to be out on the street, selling your products, and seeing people touch and feel and talk about your product,” he explained. “Because he’s the one who’s over there on the ground in Mexico, doing all the stencils, the patches, ordering the products, getting them assembled, shipping them to me.”

Joseph Garvey — who is on his third trip to Kansas City — is impressed with the community.

“Kansas City is absolutely awesome,” he said. “I love Mexico a lot, especially Tlaxcala. It’s very gorgeous (and) beautiful. I love it. It’s my people. But Kansas City is the only other place I’ve been like, ‘I would actually like to live there, definitely.”

“The art in Kansas City is something I haven’t seen anywhere else.” Jonathan Garvey is thankful to have his brother in town to help him take on the overwhelming task of getting the space ready in such a short amount of time, especially if they want to hit the high bar already set within the local retail scene.

“Kansas City has such a high standard of beautiful spaces, beautiful stores and coffee shops,” he added. “It’s world class.”

The brothers plan to offer the same products they sell online in the store — many made on 125-year-old foot pedal looms — as well as adding even more handmade, ethical products from other Mexican artisans. Within the next year, they hope to offer leather messenger bags made in Mexico; they’re working on prototypes now.

“The store broadens the perspective and broadens the map and broadens the canvas for new opportunities,” Joseph Garvey said. “It brings a different kind of hope to the business, which I think that’s an essential key because we are impacting people. … Tlaxcala is the poorest state in Mexico.”

The brothers also plan to extend the impact of keeping others warm to Kansas City. For every purchase during October’s First Friday sale, Pancho’s Blanket is set to give away one sweater to the unhoused population and to those impacted by human trafficking, Jonathan Garvey said.

“I look at the impact we’ve actually had on real communities and real people, which is that we’ve given away over 50,000 meals in Tlaxcala through our nonprofit — a lot of our sales had a lot to do with that — and then we’ve given out hundreds of sweaters to very needy communities in Mexico,” he explained. “And now we’re going to give out probably hundreds of sweaters in Kansas City and in the United States.”