Editor’s note: The following is part of Startland News’ ongoing coverage of the impact of Coronavirus (COVID-19) on Kansas City’s entrepreneur community, as well as how innovation is helping to drive a new normal in the ecosystem. Click here to follow related stories as they develop. C2FO and the Kemper Family Foundation are financial supporters of Startland News, though this report was produced independently by Startland News’ non-profit newsroom.

Grounded business travel has saved C2FO roughly $500,000 a month, quipped Sandy Kemper, noting a rare perk in a world that’s been paused due to the Coronavirus (COVID-19) pandemic.

But perhaps more impactful, the veteran entrepreneur said, is the shutdown’s potential for transformative impact on company culture — especially for a startup with about 260 workers at its Kansas City headquarters. 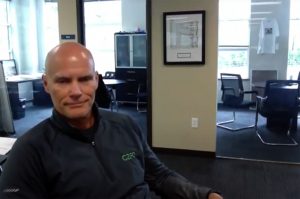 “I think, genuinely, our people like each other. They enjoy being around each other,” Kemper, founder and CEO of C2FO, said of the culture of daily collaboration that has developed over the years at the Leawood-based, global startup. “Some of the off-the-cuff commentary is not there anymore because [normally] everyone sits in an open floor and we’re just missing that sort of coincidental connectivity and commentary.”

Kemper spoke Thursday during a virtual Innovation Exchange panel hosted by nbkc bank and organized by STARTLAND, the parent organization of Startland News. It was the first event in the Innovation Exchange series conducted entirely online because of COVID-19 restrictions and health precautions.

While distance is a challenge for strong communication amongst teams, replacing face-to-face gatherings with the right virtual communication tools could ultimately strengthen teams from the top down, Kemper said.

“It’s not changed the way I view leadership. It’s changed the way we sort of communicate it … especially for those who are used to being in the office [and are now] disconnected,” he said, noting the experience has already helped the team at C2FO’s headquarters better empathize with employees who were working remotely even before the pandemic.

Click here to read about the startup’s $200 million investment led by the Softbank Vision Fund and Kemper’s takeaway from the funding haul.

Small strategies to embrace C2FO’s larger team have already proven valuable for him and the company during the pandemic, Kemper said Thursday.

Sandy Kemper’s C2FO elevator pitch: “We find capital for small and mid-sized business to be able to grow. Typically that capital comes from their customers via the form of early payment. We operate a marketplace for working capital.”

“If I have 100 folks on the screen — or whereas we do at our company meeting, 500 folks — I can scroll through and say, ‘Hey, Sandeep, what do you think?’” Kemper said of ways newfound intentionality in connecting with team members is delivering productive results in uncertain times.

“Sandeep’s like, ‘He’s never talked to me before. I’ve never met him.’”

Prioritizing the mental wellbeing of employees is also a necessity during the health crisis, Kemper explained.

“I think people are working much longer. So we have much more productivity, but it’s coming at the cost of what I think is probably 10- to 12-hour days for most of our team — and that’s not good,” he said, noting C2FO has developed a slew of unique, virtual touchpoints for its team.

“Yoga classes, cooking classes, virtual happy hours — [we’re doing this at 2 o’clock in the afternoon to say,] ‘Let’s all take a break and let’s go stretch,’” he said.

Leading a company through unprecedented times has empowered Kemper to prioritize seeing employees as individuals, which could be key to sustaining culture in a world that’s rapidly changing, he said.

Click here to read Kemper’s recent open letter to governments and central banks of the world.

Check out a recording of the virtual Innovation Exchange below.