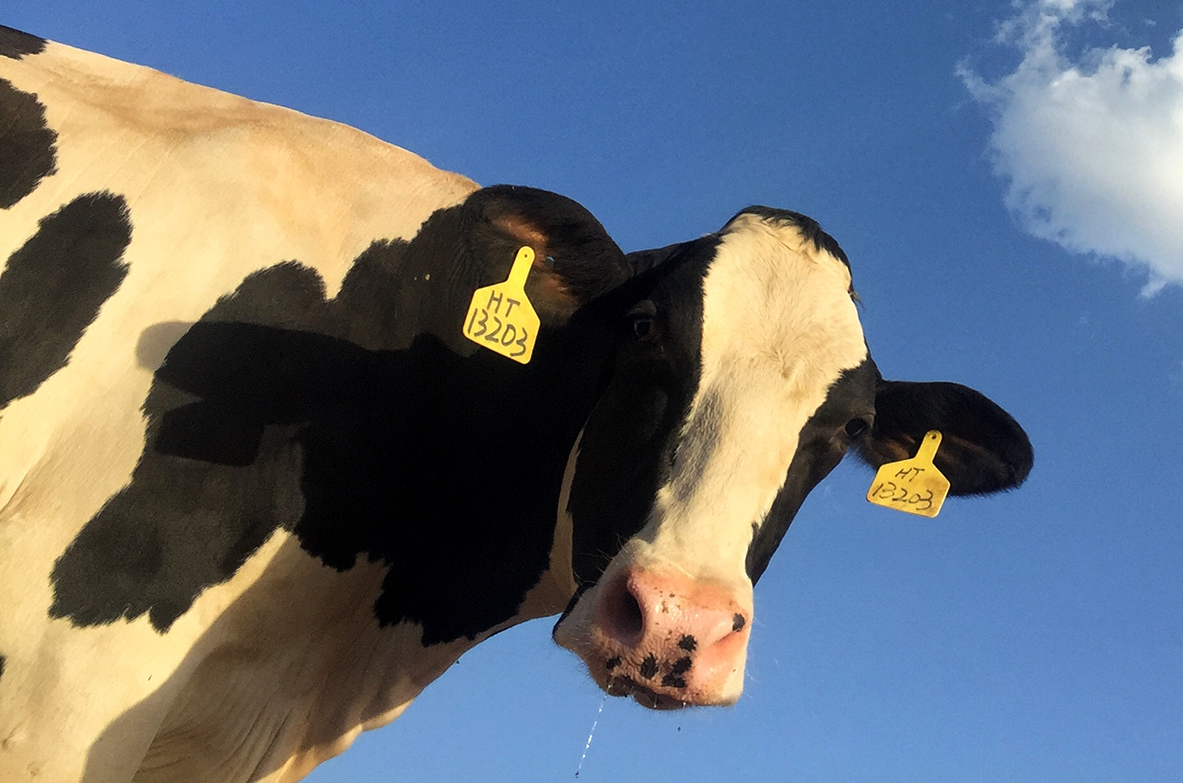 Kris Taylor’s inspiration for a vegan, Christian lifestyle traces back to the first book of the Bible, she said. Modern people eat meat because of original sin and the fall of man, as described in Genesis, Taylor said.

“But if you go back to the creation story in Genesis, every seed-bearing plant was given to us for food, Genesis 1:29,” she added.

Taylor operates The Cattle on A Thousand Hills, which sells packages of vegan, cruelty-free products, like toys and soaps. She also is building a rescue ranch near her home in Tonganoxie, Kansas, for abused and neglected farm animals, she said.

Her business’s name derives from Psalm 50:10: “For every animal of the forest is mine (God’s), and the cattle on a thousand hills.” The passage proves to her that all animals belong to God, she said.

“He knows all of the animals in the mountains and all the cattle in the field; they belong to him and not us,” Taylor said. “We have dominion, but that doesn’t give us a free for all.” Kris Taylor, The Cattle On A Thousand Hills

Raised in a Southern Baptist church community, Taylor always felt drawn — even as a young child — to animals, she said. That love and compassion for all of God’s creation led her on a mission to bring awareness to other Christians about the sanctity of animal life, she said.

After a brief hiatus from her Christian walk in her early 20s, Taylor returned to church about five years ago — this time, with her family and a desire to change church culture surrounding animal treatment and meat consumption, she said.

Taylor noticed churches, including her own, were using meat from factory farms at fellowship dinners, she said.  The specific turning point came during one of her church’s fundraisers for a mission trip to build a well and provide clean water for an impoverished community, she said. The effort felt ironic to her because she found that farms, especially factory farms, require a lot of water to feed pigs — and pulled pork was on the menu at the fundraiser.

She instead felt called to establish Shy 38, a nonprofit with a mission to build a sanctuary for abused and neglected farm animals. So far, she has raised $390 of her $100,000 goal on her Chuffed campaign.

Besides Biblical Scriptures, Taylor derives knowledge from writings by C.S. Lewis and Matthew Scully, both stewards of animal welfare, she said.

“Animals are part of God’s creation; the Bible tells us that he loves them, he created them,” Taylor said, noting additional inspiration from the writings by C.S. Lewis and Matthew Scully, both stewards of animal welfare. “So really, the right thing to do, I thought, as a Christian was to love them as he does.”

The Cattle on a Thousand Hills began as a blog for Taylor, but it evolved into an online platform to sell vegan, cruelty-free “Whenever I speak out for what I’m passionate about, I’m told, ‘Well, we have dominion,’ or ‘We’re the highest in the food chain,’ or ‘They were put here for us,’ but that’s not the case,” Taylor said. “That’s just what we’ve always done. I get a lot of negativity that way.”

Taylor has garnered interest on Instagram from like-minded vegans and Christians, she said. Ultimately, her goal is to reach as many Christians as possible and spread her message of peace and love toward animals, she said.

“I would like to eventually work with churches on helping them brainstorm different ways of providing their meals,” she said.

Her effort is not an attack on small farmers, she said, adding that she understands that consumers may be unable to afford ethically produced and obtained meat, which tends to be expensive compared with cheaper meat from factory farms.

And it’s unrealistic, she admits, to hope all Christians adopt a vegan lifestyle.

“I will never be able to reach everyone and there are people that, even if you reach them, they won’t change,” Taylor said. “My goal is just to try to get it out, just to have the information available, to reach as many people as possible. A little change is better than nothing.”