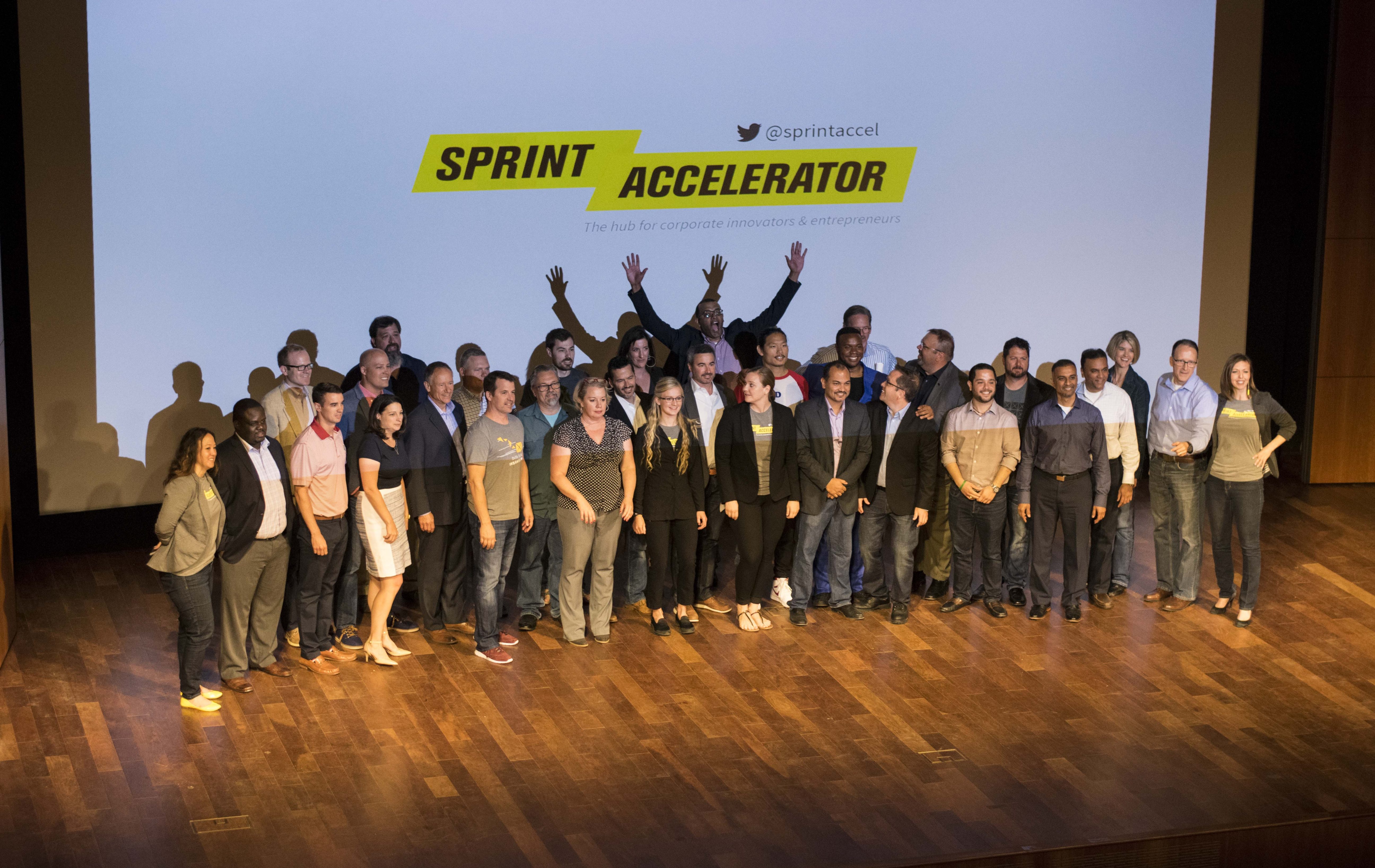 As the Sprint Accelerator gears up for its fifth year, Dresslaer, managing director of the program, said the accelerator’s 2017 cohort — the first since its move toward establishing corporate partnerships and pivot away from Techstars — proved industry relationships themselves create tremendous value.

“All seven companies from the Sprint Accelerator 2017 cohort are continuing to work with their corporate sponsor at some level, whether that be Dairy Farmers of America (DFA) or Sprint,” he said. “The biggest thing that went well last year is having corporate partners that understood the model and engaged from Day 1. If you ask any of the companies that went through, they walked in and from Day 1 there was a full team from DFA, Virgin Mobile and Pinsight Media+ ready to meet with them.”

Applications for the 90-day program are now open. The 2018 program, which is slated to begin March 5, 2018, is expected to again feature mentors from corporate sponsors, as well as from the Kansas City’s investor, business development and entrepreneurial communities.

“When we started this model, we really wanted to focus on building valid partnerships between corporations and startups,” Dresslaer said. “For DFA to come back on board makes us proud that we’ve put together a program that they’re seeing return on and that they think the innovation they’ve helped foster has improved their internal processes.”

Dresslaer admitted that when DFA initially joined as a sponsor, he was a little worried about finding qualified ag tech startups, a new vertical for the program.

“But with a partner with the size of DFA and the influence that they have on the agricultural industry, I was getting more calls from interested startups than I was making out,” he said. “The opportunity for the ag tech industry in the Kansas City region I think is huge. … I think we are the perfect region for it.”

Innovation is one of the corporation’s core values, said Kevin Strathman, senior vice president of finance at DFA.

“We are thrilled to continue our support for the 2018 (Sprint) accelerator program, which will help spur new ideas for the dairy industry from farm to table,” Strathman said in a release. “It’s truly exciting to be on the forefront of new technologies and developments, which will help drive our industry forward.”

“So we’re going to give them access to test kitchens and distributions channels that we haven’t worked with in the past,” he said. “Hopefully we’ll have some free food samples available by demo day.”

In addition to ag tech startups, the Sprint Accelerator is calling for a variety of other industries to apply. Like last year, the program will have two verticals — one selected by DFA and the other by the Sprint Business IoT team.

The team approached Dresslaer after the 2017 demo day, interested in working with connected devices. It marks the first time a specific business unit from within Sprint has sponsored the program, as opposed to Sprint overall, he said.

“The Sprint Business IoT team has very specific needs to continually test and refine our products and services for our customers,” Watkins said in a release. “Being part of the Accelerator program will allow us to find startups to address those needs and, hopefully, create partnerships to help those young companies grow while we better serve our customer base.”

Also new this year, the Sprint Accelerator has brought on CoBank, a cooperative bank serving rural America, as a supporting partner. CoBank will be able to connect participating ag tech startups with integral connections throughout the rural Midwest, Dresslaer said.

“They’ll be able to provide us with mentors that can help finance ag tech companies and also access to communities and regions of the rural midwest for potential pilot and distribution areas for products,” he said.

On Friday, two Sprint Accelerator alumni companies — HerdDogg and TradeLanes — nabbed a $50,000 LaunchKC grant. These wins speak to the success of the program, Dresslaer said.

“We want to make sure that the entire 90 days they have here is as valuable as possible,” he said. “I really want to focus on getting them more in front of Kansas City resources, because this community is so open to help. Maybe then, we can get even more Sprint Accelerator companies to call Kansas City home.”

In conjunction with Sprint, Boulder-based Techstars let the mentor-led acceleration from 2014 to 2016, fostering startups in mobile health and tech. In 2016, Techstars announced it would part ways from the Sprint Accelerator, launching its own Techstars KC program.

In May, the Ewing Marion Kauffman Foundation awarded the Sprint Accelerator a grant as part of the 2016 KC Accelerator Challenge.