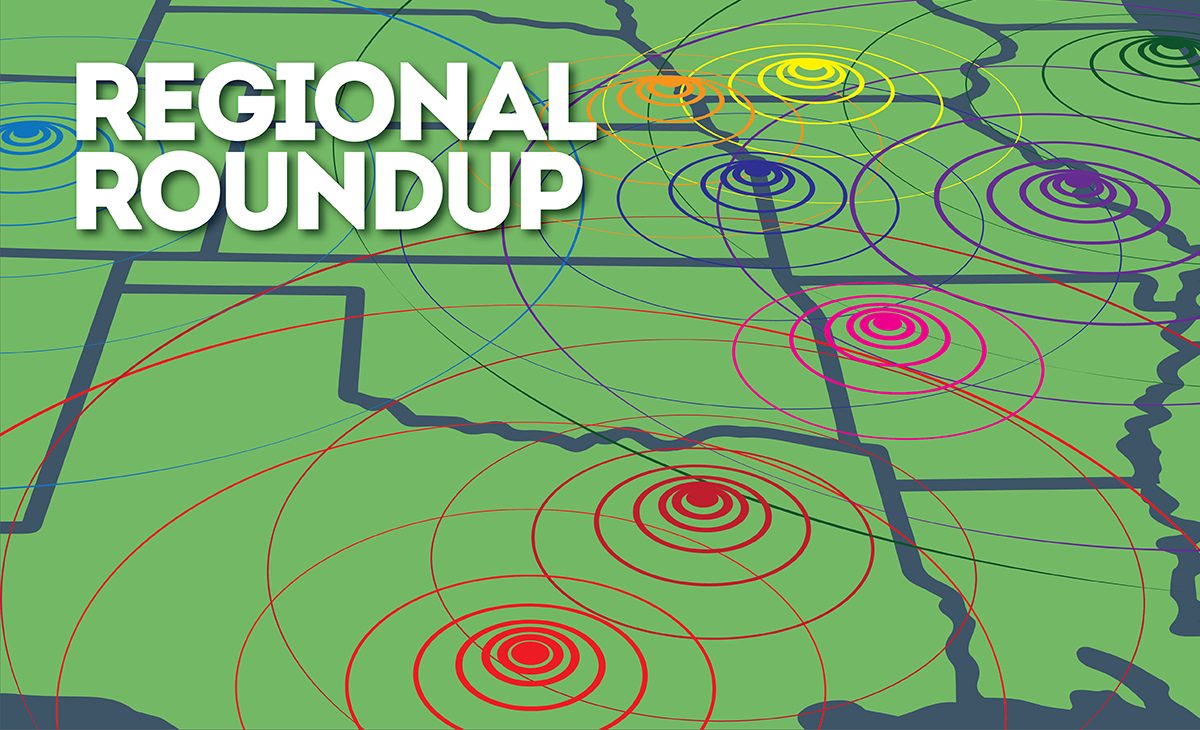 In this week’s roundup of watercooler talk from the region’s startup hubs, we have the dish on one Chicagoan’s plan to make the city a hub for space travel, St. Louis’ booming innovation district and the update on Uber and Lyft’s Texas battle. Check out more in this series here.

SpaceX may be the company people think of when it comes to finally plunking a flag into the red soil of Mars, but a Chicagoan David Hurst has other ideas.

The serial entrepreneur has sky-high plans to help area startups get in on the ground floor of the “next trillion dollar industry.” Hurst aims to make Chicago a thriving hub for space innovation, beginning with the founding of Orbital Transports — a space tech design and engineering firm — and the non-profit NewSpace Chicago.

Hurst already has onboarded a startup that is currently flight-testing recreational space transport and a company working on space solar panels.

Brookings: In St. Louis, a gateway to innovation and inclusion

St. Louis’ downtown innovation district — the Cortex Innovation Community — might be one of the main reasons the area’s entrepreneur community has taken off.

In addition to an excellent location sandwiched between two research universities and the city’s thriving downtown, Cortex leaders credit the community’s success to the fact that local government gave them teeth.

Lower said they “take this responsibility seriously and only use eminent domain powers sparingly.”

As a result, the community has hit the sweet spot on startup density. There are now six innovation groups located within a block of each other, ranging from IT and bioscience to manufacturing and makerspaces.

In addition to focusing on the “now,” Cortext works to feed the community’s future through development of a diverse, bioscience-focused magnet high school. In its three years of existence, it has risen to a No. 1 rank in the public school system, with a student population that is 53 percent black, 23 percent Asian and 22 percent white.

Arguably the most daunting hurdle to fully realizing the sharing economy’s potential is that industry regulation is still largely localized.

Witness iterations of that tired tune whenever sharing economy superstars like AirBnb, Uber and Lyft expand. Lobbying to maintain their operational models each time they enter a new market costs buku bucks — especially when “new market” means “every city.” And whether it be due to costs or strategy, losing those lobby efforts often results in shutting down services and moving on.

In the wake of Uber and Lyft drawing a giant “no drive zone” around Austin city limits after surrendering the local background-check battle, Texas has decided that maybe the situation requires a higher-level view.

Texas legislators have convened panels to explore the possible benefits of having one set of statewide regulations. Lyft gave the idea two big thumbs up, but smaller companies like Get Me — having seen dollar signs whenever Uber and Lyft threw in the towel — are more hesitant.

Uniform regulations also will likely be a double-edged sword for sharing economy giants. While the practice will reduce market entry costs, it may mean having to drastically change how they do business to avoid statewide lockout. As an example, Texas legislators found it concerning that neither Uber or Lyft were able to show incident rate statistics — a practice they’ve previously avoided at the city level.

Startland News will keep an eye on how the story unfolds.