Home Funding VC summit: It’s a great place to ‘keep your head down and build’ — but is ‘KC nice’ slowing potential?

VC summit: It’s a great place to ‘keep your head down and build’ — but is ‘KC nice’ slowing potential? 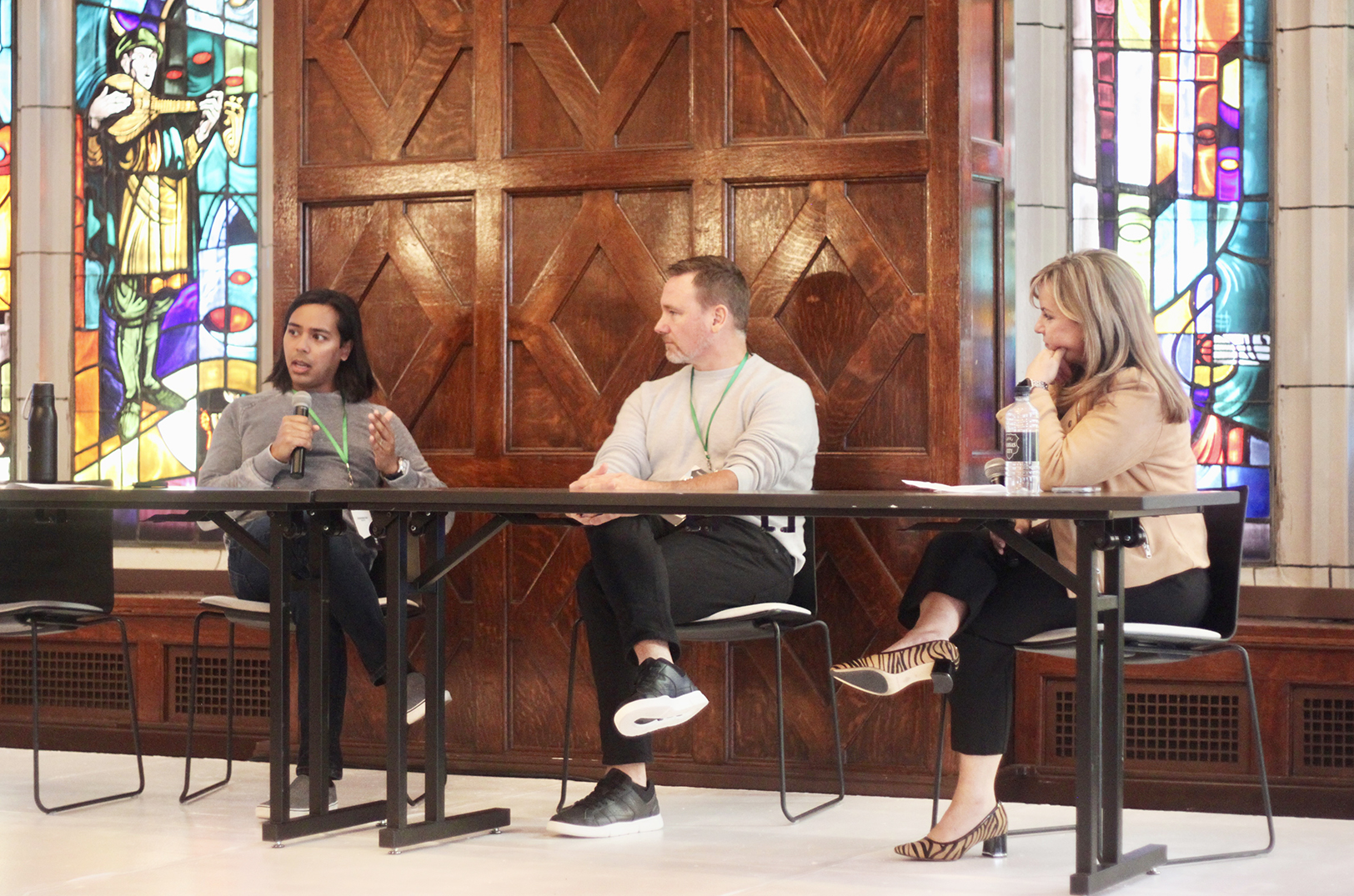 Building a startup in Kansas City comes with a mix of unique benefits and challenges, said serial entrepreneurs Riddhiman Das and Toby Rush, who both agreed the local ecosystem is enjoying “significant” momentum — while pushing the startup scene to be “more aggressive and more brutally honest.”

Das and Rush — who formerly teamed up to lead EyeVerify to a successful exit — participated in a panel discussion on “Creating Big Wins in the Midwest” Tuesday afternoon at the inaugural Mid x Midwest (MXMW) venture capital event at Hotel Kansas City.

The brainchild of Dan Kerr, partner at Flyover Capital, Mid x Midwest brings together venture capital firms from across the country for a day of one-on-one curated networking sessions with Kansas City-area startup founders, specifically those running B2B SaaS businesses. Alternating between what he views as the pros and cons of scaling a company in Kansas City, Das said the area lends itself well to staying focused on growth.

“This is a great place to keep your head down and build,” Das said. “There is not a lot of fluff. You can build and go-to-market with relatively minimal distractions.”

“Oftentimes, the entrepreneurs [trying to scale] are facing a much harder challenge because not only are they, but also their entire team, figuring it out and doing it for the first time,” Das said.

Rush, however, argued that Midwesterners’ sense of loyalty can help growing companies retain more talent than they might be able to in New York or San Francisco.

“The ability to bring on great talent — and then keep that talent — is much, much easier in this area,” Rush said. “There’s a level of loyalty, a level of commitment, a level of hard work.”

Rush added that “genuineness” persists in the Midwest, which he said can result in more inclusion, but also a hesitancy to speak candidly and boastfully. Moving at the speed of relationships

As Rush noted, the venture capital-backed ecosystem in Kansas City has changed dramatically since he began seeking capital for his first startup in 2003.

“In March it will have been 20 years that I’ve been a startup CEO raising capital,” Rush said. “The ability to raise capital today [in Kansas City] is a far cry from what it was 20 years ago.”

Showing off that ecosystem growth was the theme of Mid x Midwest, and the impetus for Kerr to organize the event.

“During the early 2000s, there was no venture capital base here, very few venture-backed companies,” Kerr said. “We were just getting started, and we’ve come a long way since then.”

“We’ve got dozens of venture-backed companies,” Kerr continued. “We now have the foundation of having people starting their second or third company here. We’ve got lots of resources that we can really be thankful for, and are the envy of lots of places in the rest of the country and the rest of the world.”

Relationship building — and events like Mid x Midwest that bring in folks from outside the area — will be critical in tapping into more of Kansas City’s “tremendous potential,” Kerr said.

Rush also highlighted the importance of relationships during his discussion with Das.

Events that physically bring people together are critical in speeding up that process, Rush said, noting that KC founders would benefit from more “random collisions” at conferences like Mid x Midwest.

“We need reasons to be together,” Rush said. “Maybe something we could do better [in Kansas City] is having some consistent spaces and places just to be together, because the random collisions that you can’t plan for often unlock a relationship or an opportunity that you didn’t know about.” ‘If you’ve got a great business, there is capital for you’

Prior to Das and Rush taking the stage for their panel discussion — which was moderated by Maggie Kenefake, partner at Iron Prairie Ventures — another pair of panelists discussed institutional venture capital investment trends, and how places like Kansas City fit into that ecosystem.

The “Economic Headwinds — An LP’s Perspective” panel was moderated by Greg Kratofil, managing partner and attorney at Polsinelli.

Zarkovich and Mace acknowledged that the venture-backed companies and dollars in the Midwest pale in comparison to the coasts, and warned that funds might be more selective in who to include in their investment portfolios over the coming months and years.

“The reality for fund managers is that it’s difficult right now,” Mace said. “They’re often delaying raising their next fund by 6, 12, 18 months.”

“From a founder perspective, that ultimately means that threshold, or that bar for them to invest in your company, it’s continually rising right now,” Mace continued.

Although that might be discouraging for founders, Mace added the caveat that capital will remain available to people with sound business ideas.

“In some ways, you could argue that creates a better fundraising environment for great founders,” Mace said. “Because, I’ll tell you what, those companies are getting funding. They’re not struggling on that journey. If you’ve got a great business, there is capital for you.”

“Eye Verify was a very non-traditional Kansas City company to be doing what we did,” Das said. “The fact that we were able to do it, it was really inspiring to continue to believe that type of deep tech work and more deep tech ventures are possible in Kansas City.”