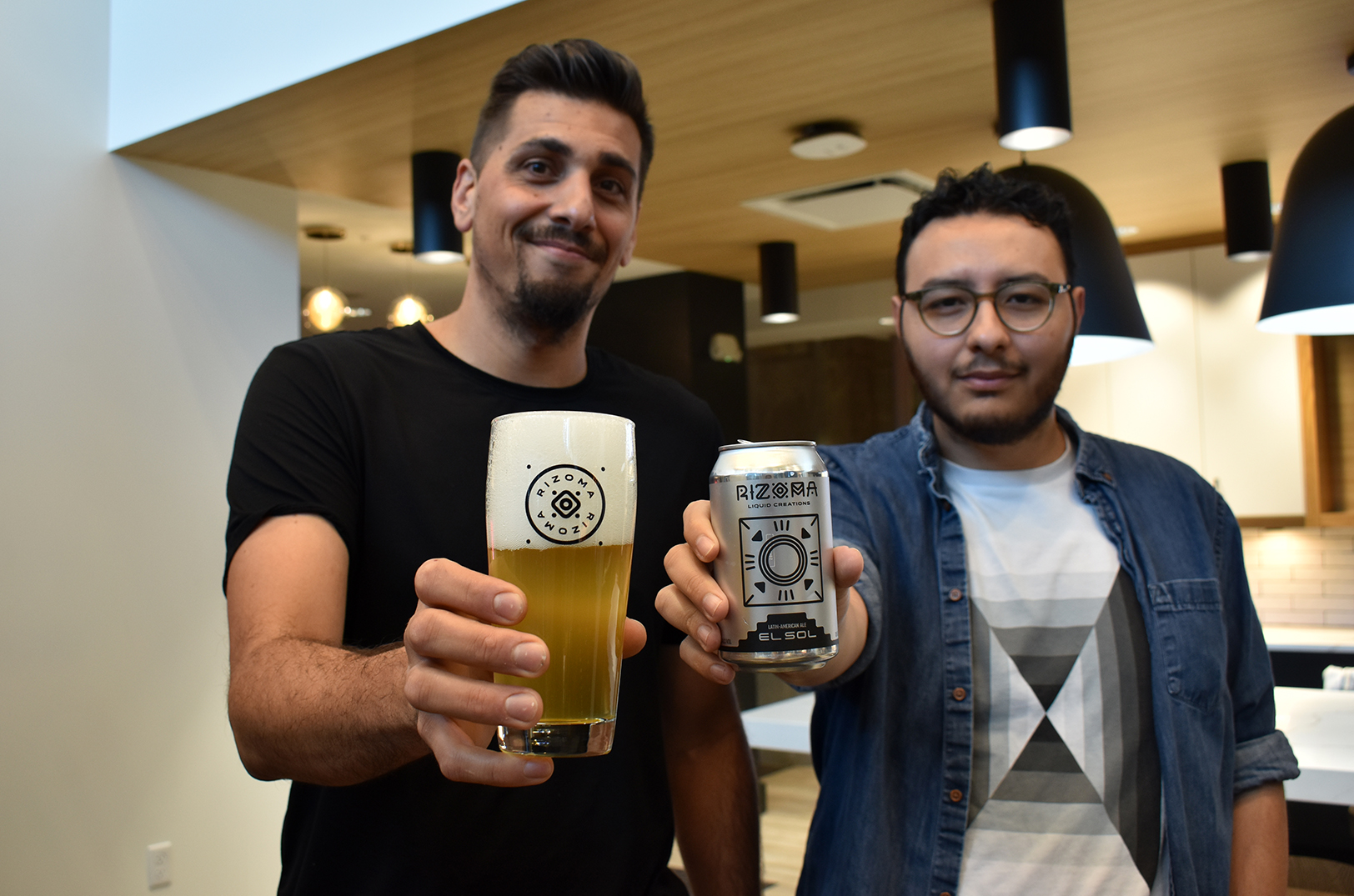 Defining his own cultural identity has been a lifelong struggle for Damon Arredondo, the longtime brewer said. Coming from a mixed-cultural background, Arredondo often felt as if there was “a checklist” that decided whether or not he was able to identify with his heritage, he shared.

“Only recently in the last five year have I been comfortable identifying as Latinx, Hispanic, Mexican American. And the reason being is I grew up in the suburbs. I have a Mexican last name; I’m Brown; I speak basic Spanish — but culturally, I never grew up with it,” said Arredondo, the co-founder of Rizoma Liquid Creations, Kansas City’s first Hispanic Brewing Company.

[Editor’s note: Damon Arredondo is the brother of Adam Arredondo, CEO of Startland, which is the parent organization of Startland News. The story was produced independently by the nonprofit newsroom.]

Rizoma Liquid Creations was created out of the crossroads of Arredondo’s passion for brewing and his desire to connect with people on an emotional level, he noted. On the same mission was Edwing Mendez — a Kansas City-based designer who wanted to challenge and explore the idea of what it means to identify a certain way, Mendez said.

“We don’t want the brand to necessarily define Latinism, as much as make it a vehicle for exploring it,” said Mendez, co-founder of Rizoma Liquid Creations. “We wanted to find a way to make it authentic to us and speak to others who may have a mixed cultural identity and are navigating what that looks like.”

“This beer is not exclusively for anyone,” Arredondo added. “It’s for everyone who enjoys craft beer and is willing to listen and engage in meaningful conversations.”

Rizoma Liquid Creations officially launches its first brew, a Latin American ale named “El Sol”, on Wednesday, Sept. 14 at Crane Brewing in Raytown, Missouri. The beer will be sold exclusively at Crane Brewing for the next month, but the duo has early aspirations to take the brand to a regional level, they noted.

To celebrate Rizoma Liquid Creations’ launch, the duo is hosting a Hispanic Heritage Happy Hour today, Sept. 14 at Crane Brewing from 4 p.m. to 7 p.m. The event will feature local coffee by Doña Fina Café as well as art and a raffle by Chico Sierra.

A portion of the Rizoma Liquid Creations sales will be donated to the Latinx Education Collaborative — a non-profit organization dedicated to increasing the representation of Latinx professionals in kindergarten through high school.

“It was really important to us to collaborate with artists and nonprofit organizations in the local community for this event,” Mendez said. “There’s no magical marketing way to reach the community and gain authenticity with them. You just work with them. Bring them to the things you’re doing and go to their events.”

During the Hispanic Heritage Happy Hour, the duo is encouraging individuals from all backgrounds to come by and chat with them.

“We want to be there to answer any questions and have deep, uncomfortable conversations,” Arredondo said. With a decade of experience in the brewing industry, Arredondo has previously worked on helping create brews and branding, he shared. While working in Oregon from 2013 to 2016, Arredondo worked on a Mexican-style ale.

“The branding was a stereotypical sombrero, mustache and Day of the Dead stuff,” he recalled. “We ended up winning a few awards in the Latin American lager category, but [the branding] always bothered me. It just felt like it was not supporting the people in the culture that it was exploiting, so I ended up selling the recipe and potential ownership.”

When trying again with Rizoma Liquid Creations, it was extremely important to Arredondo to have an aesthetic and design that was authentic to his mission of inclusion, he said.

“Latin American, Hispanic, Latinx — there’s no ‘look’. There are stereotypes, but there’s no actual one way of looking,” Arredondo explained. “… Rizoma has this futuristic look to it because we want to question, ‘How does the future look for our various cultures? And how can we include everyone and normalize differences even within a culture?”

The word “Rizoma” is Spanish for the word “Rhizome” — the main stem of a plant that runs horizontally through the soil. The duo saw it as the perfect way to represent a community of people who, at the root, are connected to one another, they said.

“From the design to the idea of ‘liquid creation,’ we wanted to mix and match stuff that looks and feels unexpected,” Mendez said. “With the actual logo itself, we design it to be this amorphous thing that can be worked into any type of art. Because in the future, we would love to collaborate with artists and have their work and their story living on the [beer] can.”

“El Sol” (Spanish for “the sun”) is a Latin American light ale that is ideal for light, easy drinking, Arredondo noted. In the upcoming months, Rizoma Liquid Creations will release “La Luna” (Spanish for “the moon”) that will have a more robust, evening flavor. The brewing industry in the United States is overwhelmingly white, according to a 2021 study by the Brewers Association — a trade organization for brewers, in which Arredondo sits on the Diversity, Equity and Inclusion committee. Although Rizoma Liquid Creations is the first Hispanic Brewing Company in Kansas City, the duo is positive that others have tried.

“Kansas City has had a Hispanic population for over 100 years,” Mendez noted. “There’s likely been many other ‘Damons’ who went through the process, but the barriers of entry made it near impossible.”

The duo had originally planned to open a taproom to serve Rizoma Liquid Creations, but ultimately decided to launch the beer and contract with other breweries in order to gain financial stability, they explained.

“We wanted to validate the brand and product,” Arredondo said. “We are currently looking for investors and looking for people of color as investors and partners — not exclusively, but definitely being intentional. We want to find people whose values and stories align with the brand.”

Arredondo and Mendez are starting with sharing their own stories, but the two are planning to do so with communities across the region and then country, they said.

“Our goal is not to be a local brewery, we want to be regional, if not larger,” Arredondo shared. “Again, it’s all about the ability to connect with people who maybe haven’t had their story told or who don’t feel represented. We see there being this spectrum of how someone can identify, and we want to normalize that.”