Home News He’s bringing NFTs to Instagram; how Mark Zuckerberg’s next move could push you further into the metaverse

He’s bringing NFTs to Instagram; how Mark Zuckerberg’s next move could push you further into the metaverse AUSTIN — NFTs are headed to Instagram — but the virtual assets aren’t the only thing Mark Zuckerberg has planned for humanity’s journey deep into the metaverse.

“That’s going to be pretty powerful,” said Zuckerberg, founder of Facebook and its parent company Meta, teasing NFTs arrival on the social platform to a crowd gathered this week at the Austin-based SXSW conference.

Click here to learn more about the annual conference and its elevation of innovation. In conversation with Daymond John, founder and CEO of FUBU and star of ABC’s “Shark Tank,” Zuckerberg offered insight on what the future of the internet could look like, as well as his take on how emerging technologies like NFTs could help usher people into an augmented reality where they slip on a pair of goggles and commute to a virtual office or where differently abled people leave behind wheelchairs or walkers to dance for the first time.

“I believe that the metaverse is the next chapter of the internet,” Zuckerberg declared, comparing the transition of worlds to the evolution of web browsing from desktop computers to cell phones and tablets.

“This is going to be the successor to that.”

To truly revolutionize the way humans interact, they must first feel totally present in the metaverse, he continued, detailing the daily work of Meta to ensure such a reality.

“Today you might look at documents — you might look at a website. But in the future, you’re going to be in it. … You’ll basically have the ability to feel like you’re right there and present with another person,” he explained, using examples that include the future of remote work as moving beyond Zoom meetings to white board sessions in an augmented reality that eases communicative burdens experienced by dispersed teams.

While such connections and experiences are without a doubt exhilarating, he said, the thing that most excites Zuckerberg about the emerging metaverse is the opportunity it presents content creators and creatives.

“There’s this huge opportunity around us,” Zuckerberg said of ways the metaverse will be built  by the hands of the people who will inhabit it — much like the physical world has been.

Watch a video below of Zuckerberg’s explanation of Meta and the metaverse, then keep reading.

Click here to read more about the Meta founder’s vision for his company and its role in the metaverse.

Facebook and Meta can roll out virtual and augmented reality headsets or establish systems and networks that make the world operable — but people will dictate the experience of it, Zuckerberg continued.

“Our goal is to help build some of the fundamental technologies to help bring the metaverse to life. … [Creators] are going to create this massive new economy around this that hopefully will support many, many millions of jobs and people doing the kind of creative work that they want to do instead of maybe the kinds of jobs they feel that they have to [do] today.” Kansas City-based creatives are hopeful such a statement rings true, said Brendan O’Shaughnessy, noting the launch of NFTs on Instagram will be a step in the right direction for tech companies looking to create a bridge between the two worlds. 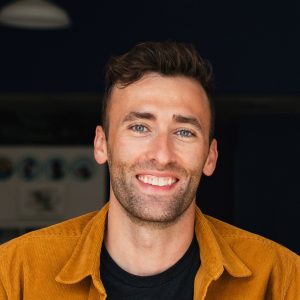 “I am happy that Meta is implementing NFT integration. The timing feels right, they aren’t too early or too late — it just makes sense to me,’” said O’Shaughnessy, founder of Web3 design studio Ocean and Sea and community organizer of the NFT Central professional group.

Click here to read about NFT skepticism and cryptocurrency criticism from SXSW.

“Love it or hate it, NFT adoption — similar to Twitter’s profile integration in January — was a required next step in order to stay ahead of emerging technology,” O’Shaughnessy continued, noting refusal to get on board could present significant setbacks for tech companies.

“Integration will be gradual, but the inevitable outcome will be native NFT minting directly in the apps we have become all too familiar with,” he continued.

“Even if you don’t want an NFT — you’ll be getting one eventually. … It’s coming, mark my words.”

Click here to read more about O’Shaughnessy and his commitment to creating a more equitable crypto space in Kansas City.

Sam Kulikov, chief marketing officer and founder of the KC Pioneers esports team, agreed with O’Shaughnessy’s take and noted similar progress would be felt in his corner of the world.

“The digital landscape is quickly changing to facilitate the creation of new tools which leads to new communities,” Kulikov said.

“NFT-integration within Instagram, much like Twitter, will provide users with a convenient way to promote and share their NFTs and connect with others in the community at large. We at the Pioneers are excited for what possibilities this will bring to our industry and beyond.”

Click here to read more about the KC Pioneer’s have integrated NFTs into the world of esports. There’s no timeline for the rollout for NFTs to Instagram, Zuckerberg said, acknowledging that he isn’t ready to announce details of the development quite yet.

What he can say, he told the SXSW crowd, is that the inclusion of NFTs within the Instagram platform is an extension of the metaverse.

“The ability to have these social environments and bootstrap a lot of these behaviors — that I think are going to be even bigger in the metaverse — in these platforms that hundreds of billions people are using, that’s going to be pretty powerful,” he said.

“I’m excited to use all these tools that exist today to bring the next generation of the internet to life.”

Examples of NFT usage in the metaverse offered by Zuckerberg included the minting of clothing and individualistic style choices for avatars.

Steps away from Zuckerberg’s session, attendees of SXSW were fully immersed in the earliest iterations of the metaverse through the conference’ extended reality (XR) exhibit.

Pop culture fanatics joined Megan Thee Stallion on stage for a performance of her 2021 hit “Thot Shit” in a VR experience titled ”Enter Thee Hottieverse.” AmazeVR will bring the concert experience to select theaters in the U.S. later this year.

Click here to read more about the immersive entertainment experience.

Additional SXSW exhibits allowed users to experience military service, theater from the actor’s perspective, and step into the unknown to experience events that included the end of the world.

An NFT gallery displayed the work of tech-based artists in a traditional gallery setting, revealing the inner workings of the emerging medium and how computers can now scrape the internet to act as artists — and the revelations about the state of humanity they stand to bring to the surface and the price people are willing to pay for their unique existence.

“People are always looking to share their experiences and to experience other people’s experiences in the richest way that they can,” Zuckerberg said of similar instances within the metaverse.

“In 2004, when I got started, it was mostly text. That’s why Facebook started as a website. … A few years later we all got phones that had cameras and the primary way that we shared became visual,” he continued.

“We’ve gone from text to photos and now video is really the main way that we share our experiences. … But I just don’t believe that that’s the end of the line,” Zuckerberg said adamantly.

“The next logical step beyond that is having a medium where you can be immersed in it.”